None of us can conclusively say what race or color of skin Jesus had while here on earth or will have in the end time, if any. None of the original biblical manuscripts include graphics/pictures. Our God was wise to send/bring Jesus before we had cameras, etc. Jesus race and color of skin does not matter anyway. This is also true of the other biblical apostles, disciples, and Christians. Jesus says salvation is of the Jews; thus, confirming himself to be a Jew since he is the Saviour. Yet, none of us can conclusively determine from the Bible or non-Bible writings that Jews of that day were of only one skin color and race.

Some point to Revelation 1:14-15 to justify claiming Jesus color of skin was/is black/dark and therefore it would be proper to say he was/is of the Black race.  That scripture says: “His head and his hairs were white like wool, as white as snow; and his eyes were as a flame of fire;” But I don’t recall ever seeing a black person with white wooly hair or hair as white as wool.

Indeed, nowhere in either of those scriptures is there even any hint as to Jesus color of skin and therefore nowhere in either of those scriptures does it state Jesus color of skin or race. The only color mentioned is White so if these scriptures spoke to his race or color of skin it would be that he was White. But the scriptures do not say that either. The scriptures do say that his hair color was white like wool. Proper examination of the sentence structure clearly concludes the word white refers to hair color not skin color. But even if these scriptures indicate his hair was wooly (which again, they do not) that does not prove his skin color was Black. Also do you think Jesus eyes while he was here looked like a flaming fire? I don’t think so, for people would most likely have really have looked at him as some physically deformed weirdo and run from him. It is unreasonable and valueless to consider these scriptures as referring to Jesus actual physical bodily characteristics while he was here in human form. Or do you think his feet were literally brass? It is more reasonable and valuable to see these scriptures as involving symbolism.

None of us can conclusively determine that we are descendants of Jesus or any of the biblical apostles or other biblical disciples of Jesus Christ, regardless of whether they were Jews or Gentiles. Furthermore, biblically speaking, Gentiles are non-Jews. They are not Jews away from the Jewish homeland; such a claim is at best childish understanding and at worst both spiritual and intellectual dishonesty. Indeed, under Jesus, God’s children certainly include both Jews and Gentiles who are believers in Jesus Christ as the promised Messiah.

Even with the advent of DNA no conclusive determination can be made regarding such far off ancestry. Science is temporally useful; but, it has no spiritual value because science is at best experimental and speculative: Consider the celestial body called Pluto. Once the scientist called it a planet; but, now they say it is not a planet.

Indeed, any determination regarding race or ancestry of far off people would be merely speculative and of no spiritual value. It provides us with no conclusive identity as such identification would be speculative and again of no spiritual value; its only purpose would be to consider one’s race or group spiritually superior to another race or group.  The only reason to claim him to be white or black is to claim white or black superiority or privilege at some level. By the way what if Adam was black and Eve white or vice versa as my God can do anything even beyond what we humans think is possible.

Jesus purpose in saying salvation is of the Jews was not to declare the Jews as eternally spiritually superior to others. His purpose was to declare them as temporarily superior in their knowledge of God and as chosen by God to be that nation through whom the Saviour came. But now the Saviour is available to all nations of the world (Matthew 28:18-20). Therefore, this spiritual superiority of the Jews no longer exists in any real valuable sense to them or any nation.

It is rather childish and arrogant for anyone to claim any right to represent Jesus as being of their skin color or race to the exclusion of others. Such a claim is satanic at its core; this does not mean the claimants are insincere about their search for truth, their trust in God, or their acceptance of Jesus as Lord and Saviour, though their understanding be incomplete. Indeed, right after Jesus commended Peter for hearing from God (Matthew 16:17) Jesus had to rebuke even Peter for listening to Satan (Matthew 16:23). Yet, if their claim is rooted in hatred or disdain for others then they simply need to check their hearts and their relationship to God. All of this reminds us of the spiritual war in which we fight; let us be steadfast soldiers in Jesus Army and not in Satan’s army.

Let us sincerely seek truth and greater spiritual maturity. Let us live in much peace and love in the name of Jesus, the one who gave his life for our sins and yet resurrected to give us hope for life after earthly death, by whatever name we call him please just make sure that is the one we believe in and point to and not another Jesus that Paul speaks about in 2 Cor 11:1-4.

After all, color of skin has nothing to do with salvation. So I do not see a white man or a black man as my Saviour. As  Jesus skin color in terms of race is not important to me or to any person’s salvation. Salvation is about the internal being not the external flesh. Color of skin is not a spiritual matter. Flesh and blood shall not be in Heaven.

If interested, see article entitled Of Racist and Racism here.

To God Be the Glory! 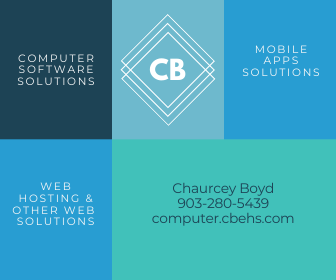