We live in a world now where Satan is convincing people that even to use the word Christian is unbiblical.  This is a scheme by Satan to create another division between disciples of Christ.  Jesus prays that there be unity among his disciples (John 17:20-21); Satan is always seeking to divide us and cause confusion among believers.

This article explains the origin of the word Christian and its applicability to the disciples of Jesus Christ in every generation.

The Bible in referring to the disciples of Jesus Christ says they were first called Christians at Antioch (Acts 11:26).

But in that verse nor elsewhere in the Bible does it say who first called the disciples Christians at Antioch.  In that same verse it does speaks of Paul and Barnabas assembling with the church at Antioch for a year.

And Peter says “if any man suffer as a Christian, let him not be ashamed; but let him glorify God on this behalf” (1 Peter 4:16).

The scripture records Paul response as: “And Paul said, I would to God, that not only thou, but also all that hear me this day, were both almost, and altogether such as I am, except these bonds.” (Acts 26:29).  What was Paul saying he wished Agrippa would be?  He was saying he wish Agrippa would become precisely what Agrippa said he was almost convinced to be.  What is that?  It is a Christian of course.  But Paul said not only Agrippa but also all who heard his voice/words just as Jesus desires in his prayer for unity among his disciples (John 17:20).

Thus, both Peter and Paul acknowledge the validity of using the word Christian in referring to the disciples of Jesus Christ.   Peter does so explicitly and Paul does so implicitly.

Clearly the apostles Peter and Paul validate the use of the word Christian by every believer. So it seems to me to be dishonorable for a believer to claim he/she is not a Christian or to render use of the word as problematic.

The apostles validate and honor the word  Christian despite the fact that believers did not always do right then just as now. The apostles clearly did not allow that fact to allow them to be ashamed of the word Christian. Neither should we, especially ministers.

Thus, anyone who is a true follower or disciple of Jesus Christ is a Christian; this is true even if they use other labels or nomenclature to describe or identify themselves.

That is, if they want to identify with Peter and Paul and the other biblical Christians, then they would not have any objection to at least the occasional use of the word Christian even if they prefer to regularly use some other label to distinguish themselves from other believers.

For example, a person may on a regular basis identify themselves as a Baptist; but such a person certainly should not have a problem identifying themselves as Christian in alliance with other Christian denominations in contrast to other religions/faith such as Islam, Judaism, or Buddhism, etc.

No where in Acts or elsewhere does the scriptures explicitly or implicitly say anyone in the bible used the word Christian in a derogatory fashion.

Indeed, one cannot be a believer in Christ and not be a Christian whether he or she uses that word or not. 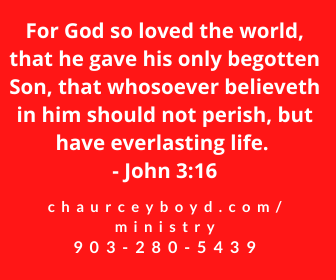