In thanks to God, properly balanced ample religious giving by faith should cause one to consider giving first and largely to those entities with whom one largely associates and second to important others. Let all giving be cheerfully from the heart according to ability as you have prospered whether a tenth or otherwise (Gen. 14:20; 28:22; Deuteronomy 16:16-17; I Cor. 9:13-14; II Cor. 9:5-12).

I know of no scripture in the New Testament that exhorts giving using tithing terminology.

Some point to Jesus words in Matthew 23:23 but Jesus here speaks to and of those who were yet under the Old Covenant; one should particularly consider that the temple and priestly service at the temple were yet in operation to whom tithe was paid in the form of agriculture products but never money or rarely money if at all.

Some point to Hebrews 7:1-10. But Hebrews 7:1-10 speaks of tithing under the Old Covenant; it does not specify tithing under the New Covenant. Note that under Moses tithing was more than 20% but Abraham only paid 10%. Also note that Abraham did not act out of a commandment from God but out of his heart and capacity both in terms of the act and the amount. That is precisely the teaching of the New Testament in its not using tithing terminology.

The question of paying tithing on gross or net income is one example of why our wise God does not use tithing terminology under the New Covenant.

Another question is that of timing: what if one gets paid the 1st of the month but the next assembly (e.g., Sunday) is the 6th and the electric bill is due the 4th? So does one violate the first fruit principle if one pays the electric bill on the 4th but the “tithe” on the 6th?

God knew the various complexities would arise once the Gospel spread throughout the world and different economic systems arose.

So then I hold that it is not wrong to “tithe” but it is wrong to outrightly say or imply/suggest that one is commanded by God to “tithe” as the New Testament uses words such as gift or giving without indication of amount or percentage.

Malachi 3:6 speaks about God changing not. This is certainly true regarding God’s divine nature. Yet we know that this idea of God changing not is a general statement that is not absolute regarding all matters. For even Moses petitioned and convinced God to change his mind (Exodus 32:10-14). David prayed and expected God to change his mind about taking his son (2 Samuel 12:14-18). So Moses prayer resulted in a changed mind but David’s did not. We also know there has been a change from the Old Covenant to the New Covenant.

Malachi 3:7 speaks about compliance to God’s ordinances. Malachi 3:8-12 speaks about tithing. God defines the tithe as a commandment under the law (Leviticus 27:30-33; Hebrews 7:5) and an ordinance (Malachi 3:7-8). Does any church consider tithing to be an ordinance today? The Baptist churches of which I am associated define only two church ordinances: Baptism and the Lord’s Supper. Some do define a number of what they call tables regarding finances: the Church or Lord’s Table (tithes), the Table of the Poor (Benevolence or Alms), and the Pastor’s Table (Aide to Pastor). These financial tables are in addition to the Communion Table.

Generally speaking, consider the following observations concerning Levites and tithes. The key to understanding the Old Covenant law of tithing is to recognize that tithes were primarily to sustain the Levites who served in the tent of meetings (Num 18:21) and who later after building of the temple served at the temple. The temple was not a single building but is best viewed as a relatively small city; this is illustrated by picture here. Tithes were mainly agriculture land, fruit, and animal products (Leviticus 27:30-33) to resource temple servants. Tithes were rarely paid using money, at least during the early days of the Old Covenant. However, in Leviticus 27:31 a person is allowed to pay tithe of land or fruit using money instead of land, fruit or animals. In that case he was to pay the value of the tithe plus an additional twenty percent of that value. Note he was not allowed to pay money regarding the livestock (Leviticus 27:33). Moreover, there is biblical evidence that at some point at least treasury offerings were made in money (Mark 12:41-44). It is not clear that the money paid in Mark 12 was tithes or simply offerings as in the case for temple maintenance/expansion purposes rather than livelihood of the Levites and their families.

For a more detailed discussion of the Levites see Numbers 35:1-8 (cities given to Levites), Deuteronomy 18:1-8; Numbers 18th chapter, and Levites Place in Society

Yet, under the New Covenant, there is provision for ministers to receive money because of their preaching and teaching and ministry in general (Deuteronomy 25:4; 1 Cor 9:9-10,11-14, 15-16, 17-19; 1 Tim 5:17-18; Mark 12:43-44). There are some New Covenant ministers who are full-time with no other source of income as in the case of the full time temple Levites. There are others who have sources of income other than through ministry. In all cases, ministers should not be hirelings or over-chargers guilty of filthy lucre at the expense of their congregations (Proverbs 12:10).

Was not Abraham’s and Jacob’s giving a voluntary initiative (1 Cor 16:2; 2 Cor 8:11-14; 9:6-7;)? Was not the amount he gave completely voluntary? Could not Abraham have chosen to give less or more than 10% and he would have been righteous to do so? Similarly, could not a person under the New Covenant choose to give 10%, less than 10% or more than 10% and be righteous to do so in either case? Does not the blessing of God apply to either case under the New Covenant?

Yet, 10% is a good standard goal; give as close to it as you can. Even give more if you can but do not feel guilty if you can’t give 10%. With some saying the tithe yet applies, sometimes adhering to the tithe may be less mentally and conscience challenging than trying to detemine how much one should give without being made to feel guilty. Let one’s own conscience be the guide.

Be mindful that under the New Covenant, where you give is not restricted to the local church although the local church should be a major consideration. Yet, Jesus intimates that whenever and wherever you give to those outside your immediate household you are giving to Him (Matthew 25:40).

Be mindful of the biblical principle of preferring the ways of another over oneself (Rom 12:10; Phil 2:3). This principle applies both ways: to the membership and the leadership. Thus, the church leadership should not insist on adherence to the tithing methodology; comprehensive training on both the Old and New Covenant principles of giving and the principle of preferring others may be sufficient to achieve the desired response.

The principle of preferring others is embodied in Paul’s decision to have Timothy circumcised (Acts 16:3) although circumcision is a requirement under the Old Covenant but not the New Covenant. Circumcision is not required now but getting circumcised is not sinful. Likewise, tithing is not required now but giving using the tithing numerical formula is not sinful so long as it is not presented as mandatory.

So then if you belong to a church who prefer to use the tithing method and terminology you should consider compliance so long as you do not believe it is mandatory. Yet, if you use the tithing terminology you should genuinely intend to pay an amount equal to 10% of your income; this should be done at least on an annual basis since tithes were generally paid annually in bible days yet it would most likely be appropriate to do on at least a monthly basis if you adhere to the spirit of the tithing. To pretend to pay 10% and to intentionally not do so is dishonest and at least borders on the dishonest and sinful behaviour of Ananias and Sapphira (Acts 5:1-4, 5-8, 9-11). This is why I try to avoid giving using the word tithe when within my authority to do so. For example, I have learned not to write tithe on my checks in the comment space; I write nothing, gift, freewill offering, or some similar phrase. If asked or urged to use tithing terminology I try to make it clear that I do not pay tithe; but, I give a freewill offering and their use of tithing nomenclature is their nomenclature not mine.

In any case, one should balance compliance with the admonition about being worse than an infidel if you fail to take care of your family (1 Tim 5:8). So it is not wise to cause your spouse or children to go hungry in order to feed someone else’s spouse or children. The same goes for other things such as electricity, water, housing, etc. Of course, unusual and extreme circumstances and factors such as illness and age and similar matters should be considered. For example, be willing to share even when you only have a little. This principle is illustrated in the account of Elijah and the widow woman who thought she only had enough for her and her son. But “Elijah said unto her, Fear not; go and do as thou hast said: but make me thereof a little cake first, and bring it unto me, and after make for thee and for thy son.” (1 Kings 17:13)

Be mindful that in Bible days people controlled their own expenses but now the electric company, the water company, the grocery store, etc. largely control what we must spend. Furthermore, employers largely control our income along with the government taxation system. So then it is rather difficult to compare biblical economics with modern economics. That is why tithing is not a New Covenant requirement but rather a standard consideration to be weighed against other matters. Yet giving by faith (Luke 6:38; 2 Cor 9:6-7; Rom 12:13) is a New Covenant requirement that is also to be weighed against one’s over all condition.

Old Covenant Tithes and Offerings are both included in the principle/concept of New Covenent Giving.

For more information on tithing see 20 Bible Verses About Tithing, 6 Views on Tithes and Offerings in the Early Church and The Tithing Dilemma

For information on Offerings see The 5 Levitical Offerings or The 5 Major Offerings.

For information on Giving see Remembering The Tithe(s) – Shows complexity of implementing tithing today; indicates at least 23% of annual income should go to tithes today

How a Jewish Synagogue Operates? Jewish synagogue typically do not pay using the tithing system as they typically hold that tithes were paid only at the Temple which does not exist today. Jewish typically pay dues annually using a dues structure based on family status (i.e., married or single) and/or family size and/or income amounts and/or age. For an example due structure see Temple B’nai Shalom in Fairfax Station, Virginia (HTML) or Temple Emeth In Chestnut, Maryland (PDF)

To God Be the Glory! 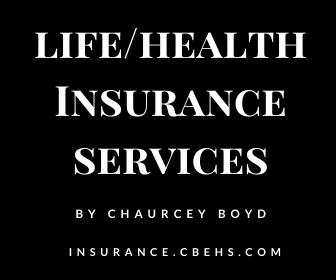